HOW TO: Build a Cob Pizza Oven

In this guide, we’ll show you how to build a cob Pizza oven

Making a cob pizza oven is a great way to bake tasty food in your garden and the great part is it doesn’t cost you a fortune to make either. Wouldn’t it be awesome to have this in your garden to impress your friends, lets jump in and show you how to make it.

You will need organic and recycled supplies for making a cob pizza oven, and wood to help keep it lit. Cob is a simple mixture of clay, hay, and sand. A cob pizza oven is ideal for cooking or baking tasty food. Cob building, wood energy, as well as the DIY philosophy. Not only that, it simply set me back about £20 to create one. The bricks were the only significant cost at £1 each.

Creating a pizza oven in a few steps:

Choosing where to put your oven

We don’t have a huge garden so we had to plan where to put our pizza oven. There were a few points to bare in mind before choosing your location.

The first point is making sure it’s far enough away from the house, but not too far that so that it’s still conventional.

The next point is to make sure you have good level ground to build your oven on. 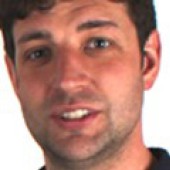 Hi i'm James, I discuss anything; gardening, sustainable, green living, off grid or DIY project related topics. Thanks for reading :)

HOW TO: Build a Stunning Underground Earth-ship Greenhouse

Any cookies that may not be particularly necessary for the website to function and is used specifically to collect user personal data via analytics, ads, other embedded contents are termed as non-necessary cookies. It is mandatory to procure user consent prior to running these cookies on your website.